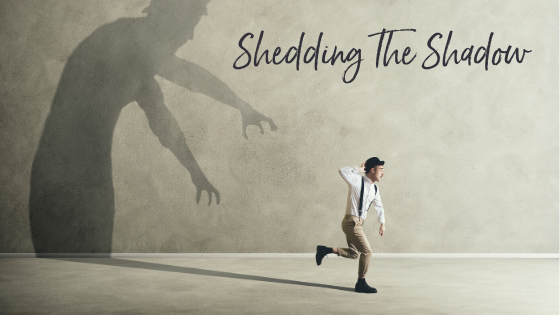 Is there a shadow over you? You don’t always see it, but you know it is there. Although it doesn’t weigh anything, it feels like the weight of the world. It is the shadow that has been cast over you. It’s the shadow that regardless of where you go, how fast you run, what you grow into…it is there. You may know why it is there. You may even know who cast it there. It is still there. Was it the person who said those words that cast the shadow? Was it those expectations of others that cast a shadow over you? Are you living in someone else’s shadow? Was it the judgement from others? What is that shadow?

How is the shadow serving you in anyway? Be honest. Is it keeping you out of the light so you will not be judged by others? Is it causing you to play small in your own life? Are you hiding from your authentic self? Is it hindering you from being the most amazing, radiant, magnificent YOU? Maybe you don’t even remember what the amazing bright light feels like. Is the shadow holding you back from living your life alive?

What if you were able to recognize that you deserve to live a life out from underneath the shadow? What would be different about your life? Know that the light…and shedding the shadow…is only one step away. It is one decision. Shedding the shadow will serve you better than living under the shadow. You must first know how amazing you are…YOU! Deep down you know this to be true. You were created for greatness. You were created to shine. If you don’t believe it, could you at least think about the possibility of it being true? Imagine what shedding shadow would feel like.

JOIN THE MOVEMENT FOR CONVERSATION, UPDATES, AND RESOURCES!
© Copyright Follow the Nudges 2022. Theme by Bluchic.